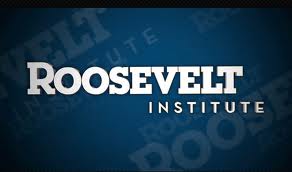 The Stiglitz Code: How Taxing Capital Can Counter Inequality

This piece was originally published on May 28 and is republished with permission from the Roosevelt Institute’s .

Nobel-winning economist Joseph Stiglitz argues that tax reform is the key to addressing inequality in a new  released today. to listen to Stiglitz describe the key arguments of the paper. to read his recent congressional testimony on why inequality matters and what can be done about it. The American economy is at a crossroads. One of the questions that will determine which path we take is whether and how the government can use taxes to meet social needs. In recent years there have been countless calls to overhaul the tax code, but few have offered a robust set of objectives framed around providing and supporting public goods. The vision of active and effective government in support of the economic common good that President Franklin D. Roosevelt advanced through the New Deal is fading from sight. That changes with today’s release of  by Roosevelt Institute Senior Fellow and Chief Economist Joseph Stiglitz. In this transformative new white paper, the Nobel-winning economist who foresaw the economic crisis and the rise of the Occupy movement sets out to reshape the debate around the role of taxation in our society. The ideas proposed in the paper are premised on core economic principles – taxing bads, encouraging goods – on which the vast majority of economists agree. The policy toolkit Stiglitz describes applies across the entire economic landscape. With growing wealth inequality and the political power of the top 1 percent in the spotlight thanks to the success of Thomas Piketty’s bestseller Capital in the 21st Century, Stiglitz calls for taxing capital as if it were regular income and boosting inheritance taxes. He overhauls corporate taxation for the age of globalization and international tax havens, bringing money back to where it was made. He also proposes taxes on negative externalities to ensure that those whose actions do harm, whether in the form of environmental pollution or a financial crisis, pay the price. The specifics are cogent and compelling. Stiglitz’s truly innovative idea is that we can raise tax revenue while also creating a better, more equal and just economy that works for all – the kind of economy that FDR believed in and fought for. Stiglitz makes the case that tax policy can and should counter some of the country’s biggest challenges: runaway inequality, the threat of climate change, and a business sector warped by bad incentives. This will not be easy. The transition to a smarter, better tax code would require careful implementation. Tax expenditures would need to be replaced with a better mechanism to ensure that homeowners build equity and that the tax code doesn’t just subsidize the rich. The financial sector, too, would be subject to new taxes that, according to Stiglitz, “would not only raise substantial revenues, but also encourage that sector to better serve the needs of society. ” Lobbyists would be out in force to resist and undermine these policy changes, as they have done with the new regulations imposed by Dodd-Frank. But in an era when the debate over taxation is still dominated by austerity economics and a slash-and-burn approach, Stiglitz lays out a tax policy that would grow the economy. And instead of treating taxation as value-neutral or a necessary evil, he tells us that it can be a means to address important problems. This represents a fundamental and long-overdue shift in our public dialogue about the economy. The American people deserve a tax code that works for them. With this paper, we have the blueprint to create it. Felicia Wong is the President and CEO of the Roosevelt Institute. British politics read more about america a narrative history by tindall and shi notes chapter 5 comments pages 1 2 3 next college-homework-help.org last need help. Follow her on Twitter. .

Thanks for signing up.